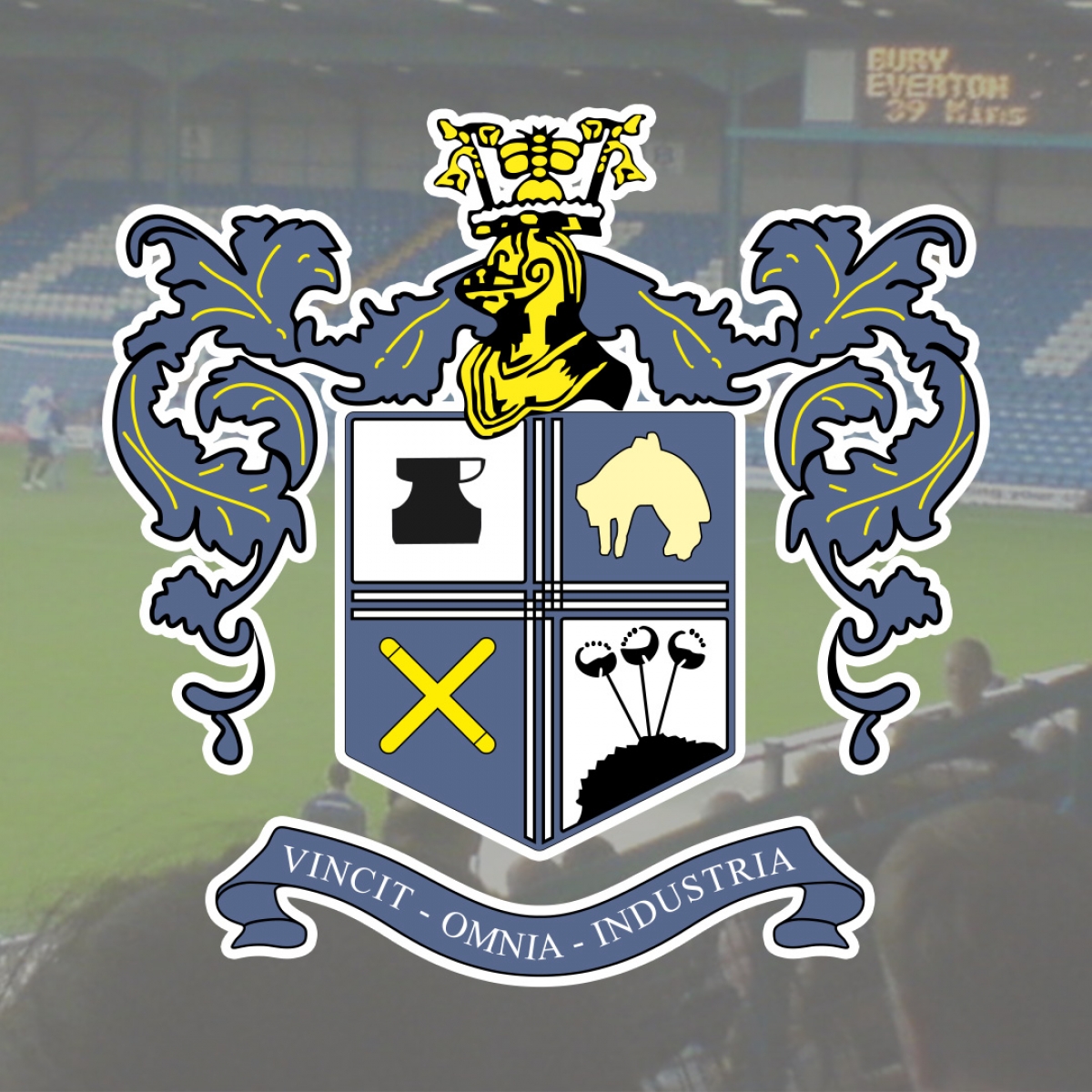 It is an absolute travesty that we lose a football club from the pyramid. Not least for the fans and the community of that club. Could more have been done to save them?

The EFL have a lot to answer for - not subjecting Steve Dale to the full ‘fit and proper persons’ test when he bought the club is clearly a failure of process and possibly contributed somewhat to the resulting situation.

That said, football as a whole is broken - the spiralling costs and the gulf between each tier of the pyramid is unsustainable. Clubs HAVE to get themselves into financial trouble to just be competitive now. Want to go to the Premier League (the ultimate prize)? You have to ‘go for it’ and spend more than you can possibly earn if you don’t go up. It’s a gamble, and the prize is likely to be transient - don’t stay up and yes you get parachute payments for a while (creating yo-yo clubs going up and down) but your financial risk is incredible. Drop down and stay down beyond your parachute years and you’re screwed.

Ambitious clubs then have to spend excessively just to compete in their league with those clubs receiving parachute payments, and therefore having disproportionate budgets. The gamble that Championship clubs make then just filters down to lower tiers.

The fate of Bury is incredibly sad - but it needed to happen to a club for people to realise that football is in such a bad, and unsustainable, state. In fact, one club probably isn’t enough. Will it happen to Bolton? Possibly. Will that be enough for football to realise? Possibly not. But eyes are opening. If it happens to a Championship club more notice would be taken then, I hate to say it but League One ‘minnows’ will somewhat be forgotten outside of their fan base and communities before long considering media bias towards the ‘bigger’ teams in the upper divisions.

Could more have been done?

There’s lots of people saying the EFL should have given Bury more. More what?

Bury’s situation isn’t a new one. It didn’t just happen overnight. I’d argue the league have largely been too patient. They aren’t a regulator, per se, (yet are... confusing, isn’t it?) but they have to hold the competition’s integrity paramount, and if a club cannot finance itself for the duration of that competition then they can’t just let them keep trying to continue.

In fact, I think it is now clear that the EFL actually gave Bury TOO MUCH time - they shouldn’t have been allowed to carry on beyond entry for the current season. This needs to be a lesson - there needs to be a deadline well before the season starts - prove in advance you’re going to make it through the full season or you lose your place in the league. It might have focussed Steve Dale’s mind a little more and made him drop his reported demands sooner, allowing for interested parties to step up at earlier points.

A deadline - as we saw last Friday - really focuses things and the earlier a new owner can come in the lesser risk the club, as a business, is exposing itself to. It appears that being allowed to continue for so long dragged the club under even more and the potential buyers upon withdrawing their interest stated that the financial issues were now ‘insurmountable’.

Should the EFL have given Bury money and saved them? Well, people saying that don’t really understand the EFL - or what a can of worms this would have opened up. Lots of people think of the EFL as a separate entity, a hugely profitable corporation, some even think it is government-owned.

It isn’t. It is owned by the 72 clubs in the league - and profits beyond running the leagues are shared by the clubs. Should one of those clubs get a bail-out at the expense of all the others? What happens to the integrity of the competition then? What would stop other clubs overspending in the knowledge that the others are likely to bail them out through the EFL? What happens to a club who get in trouble trying to compete in the EFL but through that end up relegated into the National League - out of the EFL’s remit?

Not to mention that Bury are the tip of the iceberg. Almost every club in the EFL are operating at a loss. We can see it with Bolton, who may be the next to go, but we don’t outwardly see it from the other clubs because it is the club’s, and the league’s, dirty little secret. Any number of clubs could go under at any minute - and no pot to help out struggling clubs will ever be big enough should - as a lot of analysts expect - a crash occur soon.

Similar angry outbursts have been directed at the Premier League - why didn’t the top of the pyramid bail out Bury? Why didn’t the local North-West clubs? But - why would they? It is like saying Sainsbury's should bail out the corner shop down the road after successive owners there have run it into the ground. Yes, problems with finances in football absolutely stem from the top, but it shouldn’t be for Premier League clubs to bail out individual clubs with problems for many of the same reasons the EFL shouldn’t.

This isn't an isolated issue - football is fundamentally broken

Instead, a full review of the current structure should take place. The distribution of wealth should be looked at. The whole football ‘industry’ should be looked at. Some financial regulation should take place - stronger than we have now. Simply throwing money down the pyramid probably won't work either - that could just encourage more spending and exacerbate the problem.

Transfers need to be looked at. We can’t have a situation where obscene amounts are being spent on players at the top whilst clubs further down can’t afford to pay their staff. Rules should be implemented where every club that a player has had some development - and this could be every club they’ve ever been registered at - get a percentage of any transfer fees (possibly based on their time at those clubs). Maybe even for wherever the transfer of a foreign player to a UK club happens, a fixed percentage of that fee should be paid by the buyer to the solidarity payments pot. In fact, sod it - take away the ambiguity - every transfer should have a fixed percentage solidarity payment.

2019’s transfer window spending reached £1.41 BILLION. If just 10% of that was to go to solidarity payments, that would be an extra £141 million filtering down to EFL clubs. That is around the equivalent of what Sky currently pay annually for rights to broadcast EFL games (which, in itself is minuscule compared to the amount Sky pay for broadcast rights to a lesser portion of Premier League matches - another huge gulf which needs addressing).

On the other side of the coin, currently ‘Profitability and Sustainability’ (formerly ‘Financial Fair Play’) rules don’t go far enough. Clubs are finding loopholes to continue overspending and punishments for breaking the rules don’t go far enough. Terms like ‘soft embargo’ make a mockery of the system and don’t sound as serious as they should do - especially when such embargoes are kept secret. Club owners need shaming when rules are not adhered to and sporting penalties need to be put in place and enforced - there’s no point rolling the dice on a huge gamble when the possibility of winning the prize is taken away.

Fan’s aren’t innocent in all this either - we constantly pressure clubs to spend. We’ve bought into the hype - we have our SKY Sports subscriptions, we avidly watch Deadline Day coverage and endlessly post our analysis of the latest club news on forums and social media. We are all guilty of accusing our clubs of having no ambition if they haven’t bought a bunch of new players in the latest transfer window. We call for a manager’s head after a couple of poor results - ignoring the fact that replacing a manager is massively costly in itself.

Opposite, we fans are constantly moaning about ticket prices, or how much the latest shirt costs, or even the cost of a pie and a pint. We bemoan the price of a programme, despite people generally not bothering buying programmes for years. We want our owners to fork out the cash, but aren’t necessarily prepared to put our hands in our pockets or to even understand that continuous spending without having the revenues to support that is entirely wrong.

Clubs have to publish their accounts each year - just take a look at them and try to understand just how troubled your club is - because, despite what the club owners might say to shield you from the realism, in black-and-white your club is very likely very troubled.

So, could Bury have been saved? Possibly, but the balance of probability on this occasion suggests not - and indefinite time can’t be give to them to keep trying. I hope supporters rally together and either take control of the situation or phoenix the club anew, with the support of the local authorities and community, so they don’t lose absolutely everything.

Wider, I hope football as a whole has learned a lesson from this whole sad scenario.

Tweet
Published in Miscellaneous
Tagged under
More in this category: « Stressed and depressed? Get off Facebook. Seriously, it is just making you worse
back to top