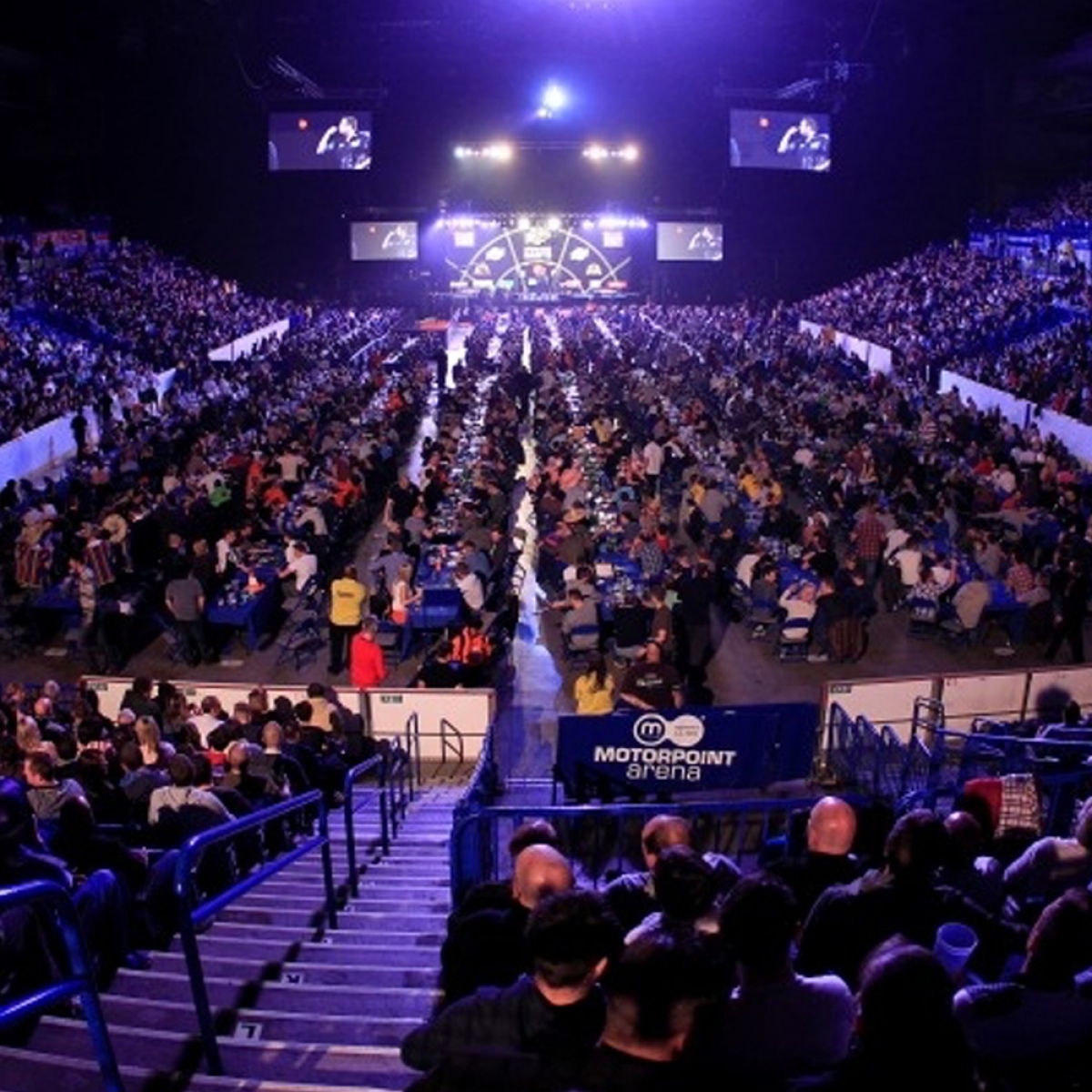 Guest entertainment blogger Captain Rev went to the PDC Darts at Sheffield Arena recently, here's what she thought of the event.

The PDC returned to the Sheffield Motorpoint Arena on Thursday 9 May, bringing some of the game's finest players and some belting matches along with it.

The atmosphere was electric with young and old alike joining in with the chants and fancy dress; traffic cones, teletubbies and trolls to name but a few.

The first match of the evening gave us Adrian Lewis and James Wade. Not the most exciting game of darts in all honesty, which saw Wade take a slight back foot before making a check out of 15 taking the match to 4-4.

Sadly for Wade the resurgence was short lived and Lewis was on slightly better form towards the end, winning the match 7-4.

The second match saw The Flying Scotsman, and current World Champion, Gary Anderson take on Dave Chisnall in a thrilling encounter that saw Chisnall take a step further in shaking his underdog status. He beat the Champ with an average of 107. Smashing darts from Chizzy, I cant help but think the momentum has carried over from beating ‘The Power’ last week. Speaking of big Phil...

The third match was Phil Taylor vs Raymond van Barneveld. A sure-fire crowd pleaser, you would put money on it...think again! Two of darts' greatest players provided a very standard game. Countless darts thrown and a poor opening leg from both participants, The Power just couldn't keep away from that 5 hitting it five times in the first ten minutes of the game.

Both failed to take the leg at 2-4 and Barny went 3 clear taking the match to 2-7. Power shortage! Barny Army!

Step up Stephen Bunting and Michael van Gerwen. An excitable crowd are now chanting for MVG, something that you can see he relishes in.

A neck and neck battle from the get-go, seeing Bunting putting in a valiant effort to steal the game but unable to stop the World Number One from going 10 unbeaten in the Premier League. Are you getting dizzy up there Mick?

To close the night in the Steel City was the second match for Chisnall and Wade.

Chisnall stormed the first five legs without Wade even a remote chance of a comeback. An eventual 7-1 win for Chizzy, a very quick match and some very exciting stats for Dave to head back home with.

So there you have it, the PDC came, it saw, it conquered and certainly did not disappoint. A night that promised entertainment, value for money and some decent dart throwers delivered.

All together now: LETS. PLAY. DARTS!

Tweet
Published in Miscellaneous
Tagged under
More in this category: My energy company demanded a meter reading, so I demanded a picture of a banana with a face drawn on it... »
back to top