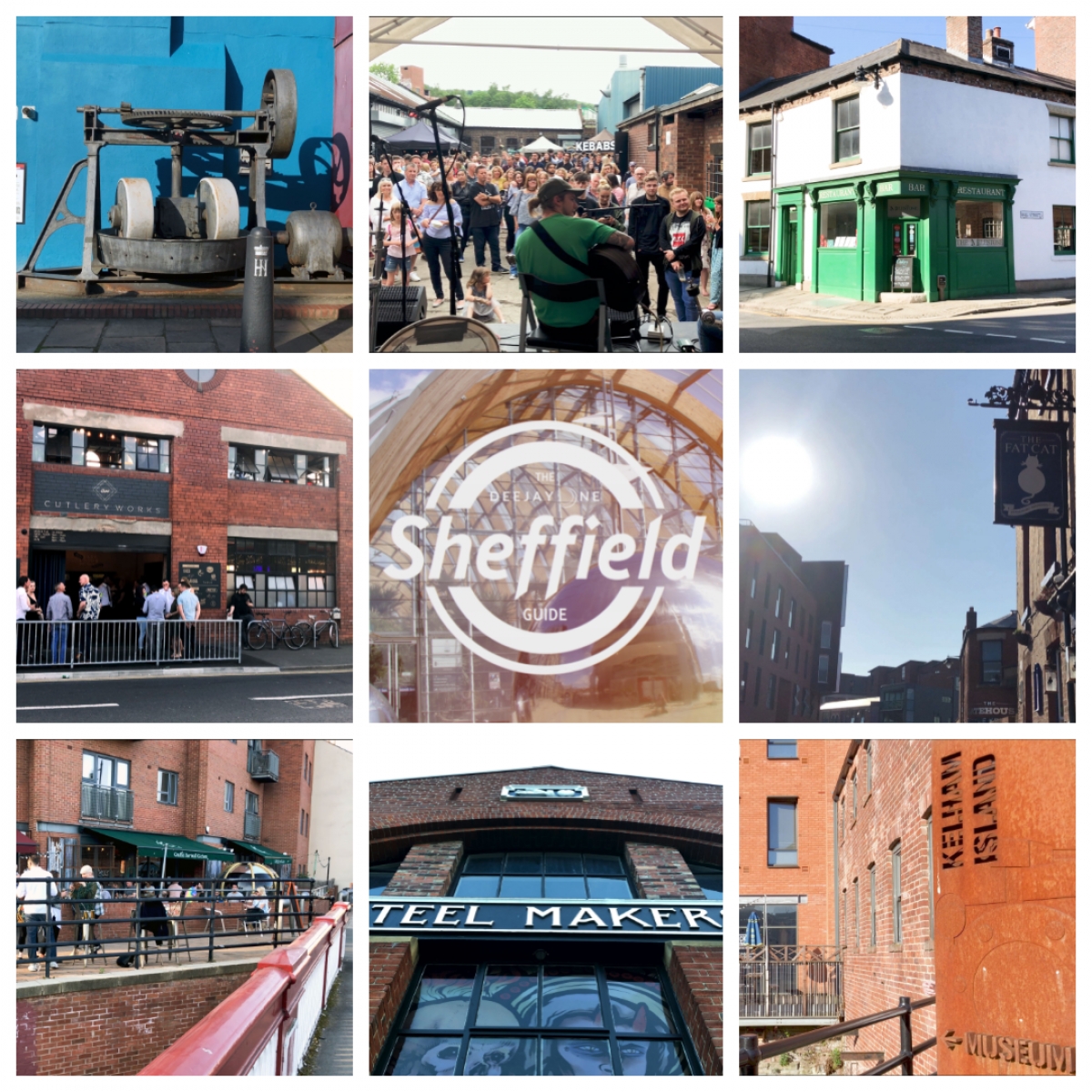 Today’s the day! My new video ‘The Sheffield Guide to Kelham Island’ premieres on YouTube tonight at 7pm!

It has been a bit of a weird journey to get here. A series of Sheffield-based videos is something I’ve been thinking about doing for ages. Years actually.

The past year or so has been a weird one too. I just haven’t been with it. Not quite right in the head. For various reasons. Mix in a couple of knocks to my confidence and I just haven’t fully been myself. I’m not going to dwell on that though, that’s not the point.

The point is that I’ve had a bit of time out, and ended up with that nagging thing that creative people get… some people call it the ‘creative itch’ - for me its almost a physical feeling. Like a marble is rolling around in a creative void in my brain that is just waiting to be filled. Whilst that marble is swilling around you just can’t seem to latch onto a fully formed idea lest the marble knocks it down - so I was a bit stuck what to do.

I was sat watching YouTube. I watch loads of YouTube. Enjoying some travel, history and information videos from the likes of Joolz Guides in London, Martin Zero in Manchester and many others when I wondered why this kind of stuff didn’t exist in Sheffield. Why is no-one consistently talking about the amazing history of the city, showcasing the amazing independent businesses, pointing out the interesting factoids that even a lot of locals don’t know? Why does THAT not really exist properly on YouTube?

Then it hit me. I remembered wanting to do something like this for a long time. I know a lot of this stuff - people are always asking me about this-and-that in Sheffield and I generally know it. The stuff I don’t know about I genuinely want to learn and share. That marble suddenly stopped moving and I started building up ideas in that creative void. Whilst the analogy might seem that figuratively “I’ve lost my marbles,” it is quite the opposite.

So, with just an idea and without any professional gear I set off one day armed with my 2-year old iPhone for a camera, a cheap Chinese stabiliser gimbal that I’ve had a couple of years and a small lavalier microphone that I used to use for a podcast a while ago and jumped on a tram to “Kelham Island” (why the speech marks? Watch the video to find out…).

Kelham Island is one of my favourite areas in the city - so vibrant, so much happening, so many unique places and independent businesses. It made sense to start there and make a 10-minute video. Turns out it is such an amazing place I couldn’t do it all in one day, so one day filming turned to two. After two days filming I wasn’t quite happy enough so two days filming turned to three. Still not happy and still lacking something I went and did another couple of days with help from Rai doing some of the camera work to let me do some in-front of camera stuff (she’ll tell you she doesn’t know the first thing about being a camera-person, but she did a great job both with the camera and supporting me throughout) and suddenly it started coming together.

The bonus is that I got to spend quite a bit of time in some of the lovely places featured, sampling some of the nice beer and tasty food (on my own dime, I add - the video is completely independent and impartial - in fact, I didn't even tell any of the venues or ask permission to film).

It then took a lot of time to edit that down to ten minutes. In fact, there’s so much to the Kelham Island area that the target running time of ten minutes ended up being a tight thirteen and there’s still probably another couple of videos in the area after that!

So, that is where we are - the video premieres at 7pm tonight. It would be nice if you could spare 13 minutes and come along. A premiere means that people can all watch the first showing of it live together and there is even a chat function that you can comment live to join in a discussion, tell us what you enjoy and point out any inevitable mistakes(!) - so make sure you’re logged in to YouTube to do that (if you don’t have a YouTube account, get one now so you don’t miss any of the premiere doing that later). If you can’t watch live don’t worry, it’ll live on YouTube beyond that so people can catch up or re-watch and comment on it like a standard video there.

Will anybody watch? Lets see. At the end of the day that’s a secondary thing for me right now. Of course, the more the merrier (I genuinely put a lot of time and effort into this - and money licensing the music tracks, etc!). Whether ten people or 1,000 people end up seeing it I will still be happy that I got out of the funkiness of life for a while to make something I've wanted to do for a while and that I am proud of. It would be brilliant if lots of people do watch it if only to show off all the brilliant independent local venues and businesses - and if they each get just one more customer out of it then that’s a good job done, for me.

That said, it is a ‘pilot’ in a sense. If it goes well and people watch and enjoy it then I’ll go out and make more. I’ve got quite a few ideas for “The Sheffield Guide” as a series, and I’m sure people will suggest other stuff I’ve not thought about yet.

Thanks for reading. I hope you enjoy the video!