▶️ The Sheffield Guide to the Megatron storm drain and hidden rivers: A tour beneath the city along the Sheaf and Porter rivers 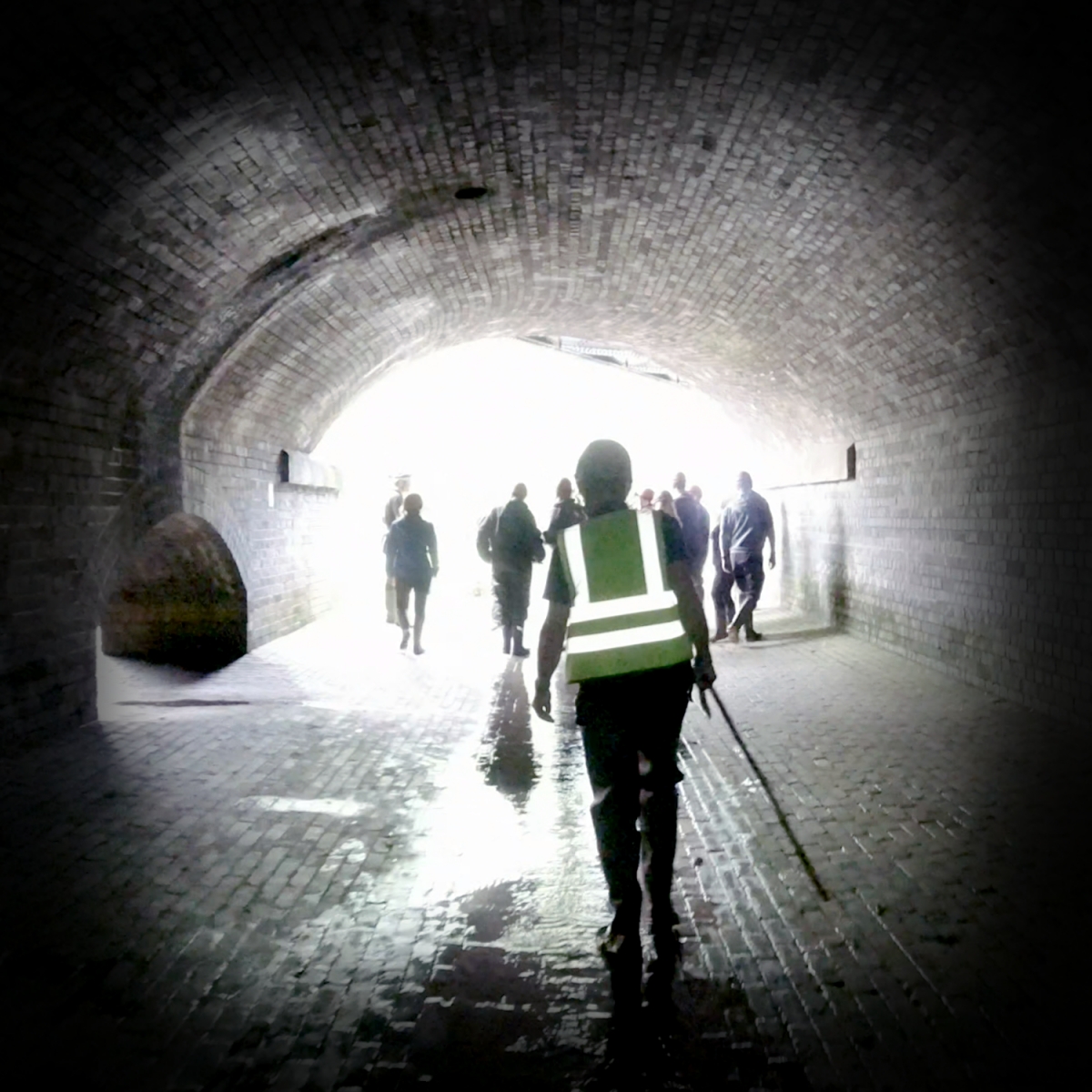 An urban exploration below Sheffield Train Station and Ponds Forge International Sports Centre; from the Porter Brook Pocket Park to the Megatron, exploring the culverts of the Steel City.

A tour beneath the city

The Sheffield Guide to the Megatron storm drain and hidden rivers: A tour beneath the city along the Sheaf and Porter rivers is an urban exploration below Sheffield Train Station and Ponds Forge International Sports Centre; from the Porter Brook Pocket Park to the Megatron, exploring the culverts of the Steel City. Enjoy the history of these Victorian Sheffield culverts, urban caves and beneath your favourite steel city landmarks.

If you’ve ever stood on the platforms of Sheffield train station, you probably didn’t realise that the river Sheaf is flowing just meters beneath your feet!

The Sheaf and Porter Rivers Trust recently formed in order to try and preserve and uncover a lot of the hidden rivers in and around Sheffield - just like at the Porter Brook Pocket Park, where the Porter Brook runs alongside a nice little city centre pocket park where you can come and enjoy lunch or have a nice relaxing sit next to the river.

One of the things they have been doing recently is tours of underneath the train station and to the Megatron which have been really successful, selling out within minutes of going online - and that is what we're covering in this video! We're going to have a look underneath the city and see what there is to offer from these lost and hidden rivers.

There is a lot of history to discover from the culverts and storm drains of Sheffield, including remains of Crucibles thrown into the river, old bricks from Gregory and Iron and lots of wildlife.

At the Megatron, Chair of Sheffield's Waterways Strategy Group Simon Ogden tells us about plans for the culverts, such as creating the 'Sheaf Field' park and removing part of the deteriorated culvert to open out the river Sheaf by the ruins of the old castle where Castle Markets used to stand. There are also plans to open up light wells where access points are currently situated, to encourage fish, including salmon, to move upstream and into the city centre.

We go from Porter Brook Pocket Park past BBC Radio Sheffield and under South Yorkshire Archives/Red Tape Studios/Site Gallery/The Showroom/Workstation to emerge before going back in tunnels to underneath Sheffield Train Station, where the Porter meets the river Sheaf directly under Platform 5A.

From there we work our way through tunnels to Ponds Forge where KLF founder Bill Drummond reportedly wrote a famous quotation on the wall: "Is the river really beautiful or is it just the gradient of the land". Beyond there we go back under Sheaf Street, under Ponds Forge and Commercial Street before entering the Megatron at Blonk Street West.

Tweet
Published in Sheffield Guide
Tagged under
More in this category: « The Sheffield Guide to Kelham Island: Your ultimate guide to the best urban neighbourhood in the UK THE SHEFFIELD GUIDE TO THE FOOD FESTIVAL: Eats, Beats and Treats - the best of City Centre events »
back to top