Sheffield rock venue The Dove and Rainbow being ‘forced out', to close in June. Petition launched. [UPDATED: Saved... for now?] 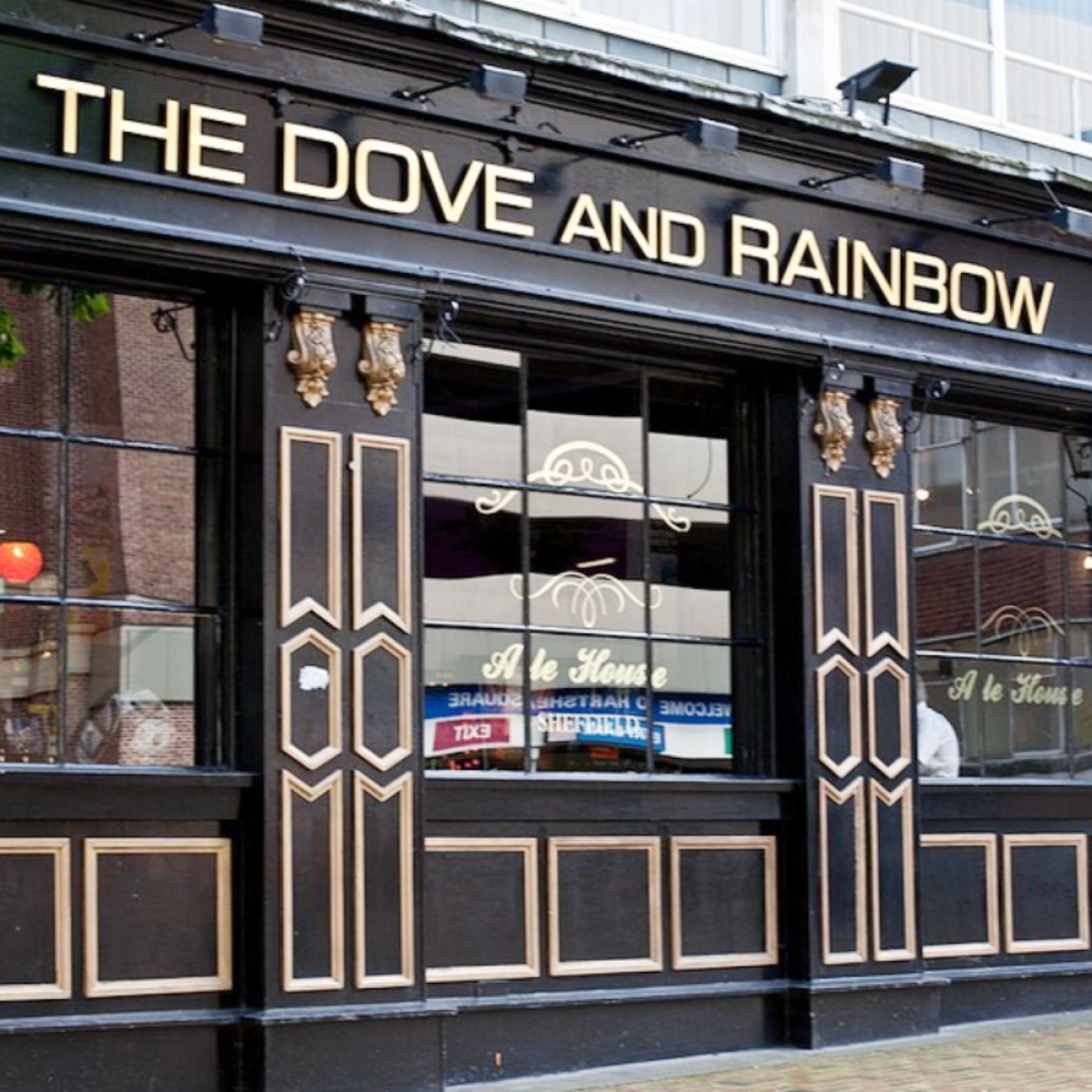 The Dove and Rainbow, Sheffield

The Dove and Rainbow management say owners Punch want to appeal to a “broader market,” removing the stage and pool table. Campaign started to help save the venue.

UPDATE: In a surprise development, the Managing Director of Punch has personally visited the venue to discuss the situation with the current management. Talks are ongoing, but the notice to leave has been revoked for now and a compromise may be reached. The Dove and Rainbow posted on Facebook:

Following the sad news that music venue The Harley closed without any notice last week, another of Sheffield’s popular music hubs appears to be under threat.

Management of The Dove and Rainbow in Hartshead Square posted a facebook update this week to let punters know that they too look to be closing as a rock pub this summer.

The post states that “It is with much sadness, cider and JD that we have to tell you that after nearly 13 years, we will be leaving the Dove at the end of June.

“This is Because Punch have plans to invest, for the pub to appeal to a “broader market”, and to serve food. Their vision does not match ours, or even come close. It is not our choice to go.”

Amusingly likening the situation to that of Brexit, the post states the current management will be leaving following a “No Deal” situation, that they very much wanted to “Remain” and Punch’s proposal crossed many of their “Red Lines”.

Punch’s refurb plans would see the stage and pool table removed and the introduction of a food offering, whilst forcing management into buying spirits directly from the chain operator (which management claim will “drastically increase” prices). One online comment quotes the brewery chain as stating they want it to become a “London Pub”.

Current management agree the pub is in need of a refurbishment (especially the toilets!), but nothing as radical a change as Punch is proposing.

Those plans seem odd for the area as popular YouTuber Karl Smallwood points out: “The owners want to rebrand it as a gastropub, take away the stage and then raise all the prices. The bar is literally next to a spoons [Wetherspoons].

“Imagine being that fucking stupid and bad at business”.

So there's a rock bar near me that's shutting down soon because the owners want to rebrand it as a gastropub, take away the stage and then raise all the prices.

This bar is literally next to a spoons.

Imagine being that fucking stupid and bad at business

Smallwood’s point is one that has been echoed by many fans of the rock pub. The Dove and Rainbow sits literally next door to the Banker’s Draft - a giant Wetherspoons specialising in cheap food and drinks.

Additionally, any food and drink punters not wanting mass-produced stuff and bizarrely preachy Wetherspoons magazine reading would go to the giant Kommune food hall that has opened up just yards away, with a huge selection of great street food and range of drinks.

But maybe that’s Punch’s point - they are trying to jump onto the coat-tails of an area that is rapidly changing: Meltdown E-Sports bar will soon be open around the corner and both the Old Town Hall and Castle Market area are being redeveloped nearby.

Still, to move away from a niche offering with a decent following seems, on the face of it, a silly idea.

In a last ditch effort to save the rock venue, punters have set up a petition to “Save The Dove and Rainbow,” which at the time of writing has amassed nearly 2.5k signatures.

The petition states: “The Dove and Rainbow is not just a pub, it is a community,” adding “The dove means so much to so many.

“We are a family. The walls are filled with memorials of loved ones we have lost, it is a place for us to remember them. All this would be stripped away; both the memories and our community.”

In the meantime, The Dove and Rainbow continues as normal until June, with plans to get some of their favourite bands back on the stage before closing. The last planned event currently is their annual 'Dovestock' weekend on 21-23 June.

Tweet
Published in Features
Tagged under
More in this category: « Sheffield live music institution The Harley CLOSES with immediate effect Sheffield nightclub and music venue The Plug ‘Forfeits Lease,’ closes for good? »
back to top