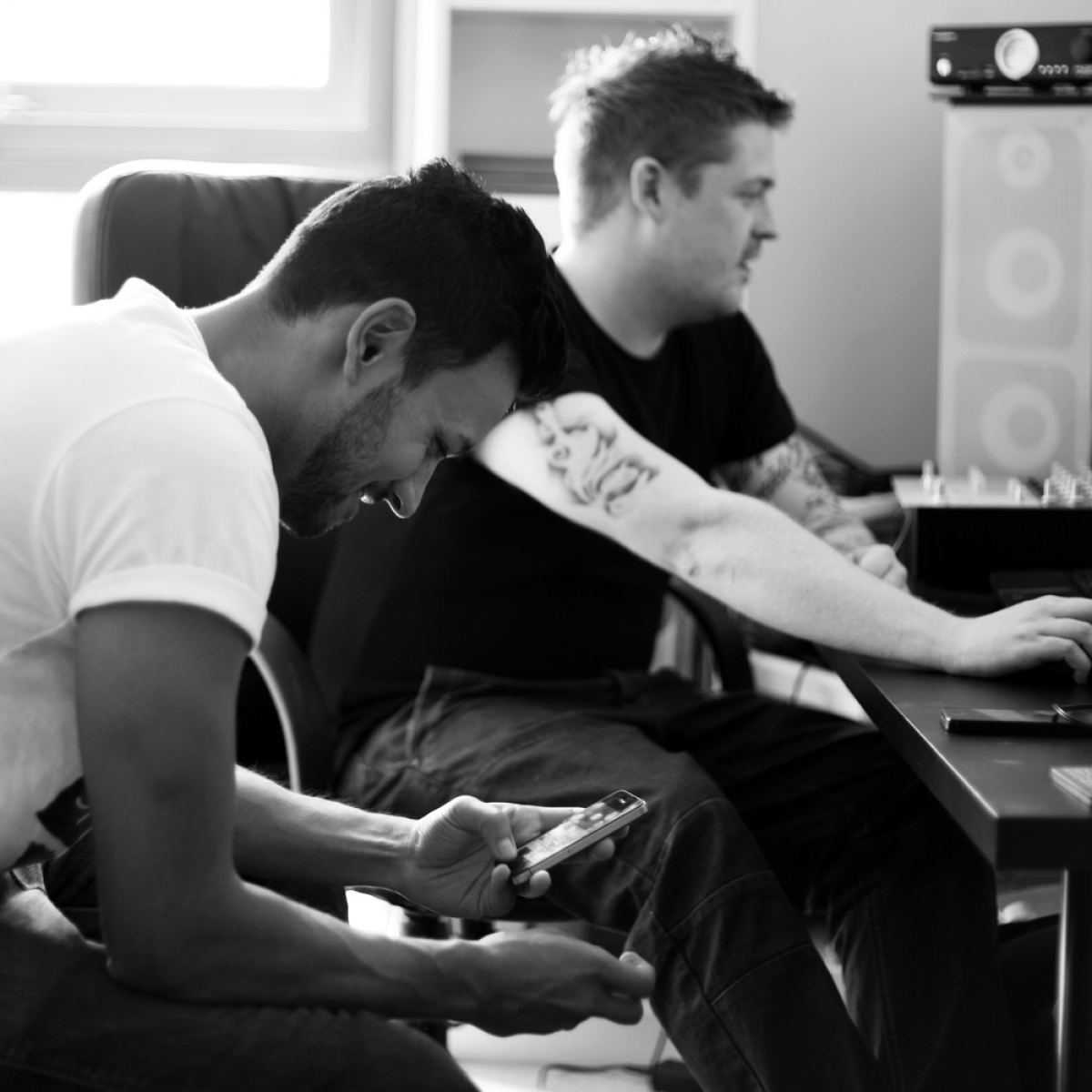 Keeping the flames of Sheffield’s electronic heritage alive, Resonate have been producing a unique hybrid of electro/indie/dance in the city for the last couple of years. Now, they head to the studio to record new material.

In a post-Arctic Monkey’s world, you’d be forgiven for thinking Sheffield had lost touch with its 70s and 80s electronic roots completely (Cabaret Voltaire, Human League, ABC, anyone?), but there are a couple of bands and artists out there keeping the flames alight.

Ironically, Arctic Monkeys are an influence on Alex Piearcey and Mark Pereira who make up Resonate, one of the bands really pushing electro beats in the city. They have somehow managed to merge the live instrument appeal of indie music with modern dance music inspired backing, creating a pretty unique sound on the scene currently.

Utilising live drums, guitars and South Yorkshire-twanged lyrics over synths and beats, the duo’s previous Open Book EP turned heads and the set openers ‘Strung’, ‘The Game’ and 'On The Run' launched a show-stopping live set.

Now the band are reflecting before recording some new material: “You might have noticed we've been a bit quiet recently,” said the band in a Facebook post.

“Purposefully, we've taken a step back. We've locked ourselves in practice rooms and we've repeatedly gone through all our songs, including all the old ones from when we first began!”

It seems going back to their roots and taking stock has motivated Resonate into moving forward with new material. “It has helped us refocus,” added the band, whose only gig this year so far has been supporting The Qemists at Corporation.

Just what are Resonate up to at the moment? “At the end of May we head into the studio to record some new stuff!

“The black and white Resonate will soon be gone,” says the post, referring to the band’s logo and previous EP cover. “We'll have a new, more exciting, very fun, brighter Resonate. We're putting all our personality and effort into the new songs and this new look and feel for the band.”

Resonate are keen to get back out and in front of fans, openly inviting them to a special party: “To celebrate we're performing a FREE ENTRY headline gig as part of the 'Carl Maloney Presents...' night at the Frog and Parrot on Thursday 14th May. And, as always, you’re all invited. In fact, its free entry so no excuses!

“We'll be making this our 'PRE-RECORDING PARTY' and will perform some of our new songs alongside our staple favourites.”

It promises to be an exciting gig with a chance to preview the material Resonate are going to record, as well as take in some other excellent bands hand-picked by promoter Carl Maloney.

Also on the bill are Sheffield’s Monoking and a couple of out-of-towners worth a watch in Bones and Hello Operator.

Proceedings at the Frog & Parrot on Division Street start at 7pm.

Tweet
Published in Features
Tagged under
More in this category: Is Spotify as evil as everyone seems to be making out? »
back to top