Step ‘Inside Abbey Road’ with interactive online tour from Google 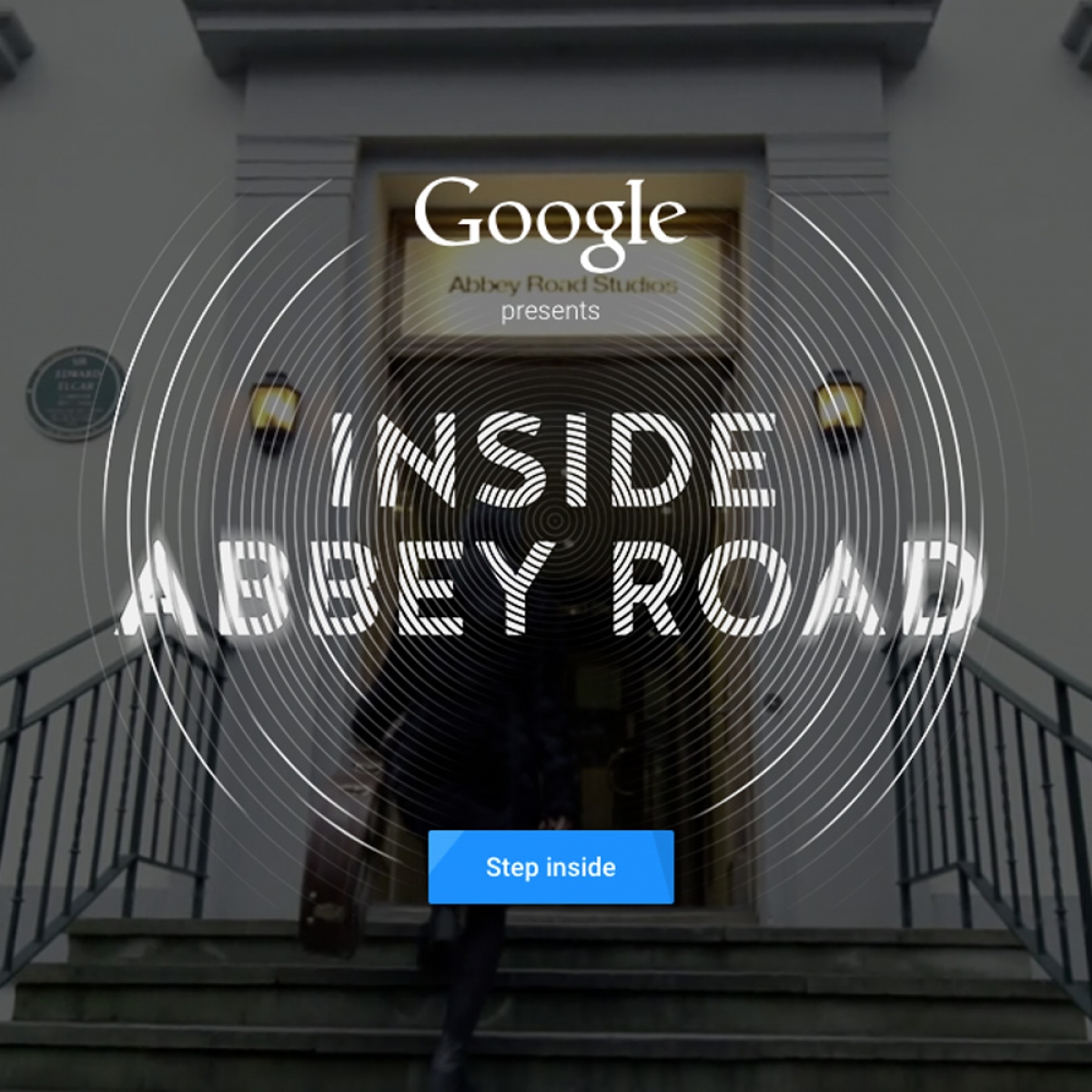 As far as online tours go, the Inside Abbey Road interactive journey from Google is extremely impressive. Using the web app, I had a ‘walk’ around the legendary studio space.

Lights flicker on and you’re right in the middle of an expansive hall. Its like a small aircraft hanger, however the two pianos and scattered microphones give away the real use. A harp is gently playing and you begin to feel the magic this place emits. You are in the famous Abbey Road studios.

But, you’re not there in person. Google wizardry has put this legendary location on your computer screen. You can move about, click on items for information and even get an audio run through of the important stuff.

“This is Studio one,” proclaims the introduction before reeling off an impressive resume: “Where some of the most famous film scores of all time have been recorded, including Star Wars and Harry Potter.

“Its where The Beatles first sang ‘All you need is love’ to the world and where Kanye West recorded Late Registration.”

Prompts jump up in various places on screen, letting you know there is more information available. Here, you can find out that Sir Edward Elgar - apparently the U2 or Jay-Z of his day - opened the EMI studios here in 1931. This being a Google app you can even watch video of the event!

Other pop-ups available in this space include clips of John Williams conducting the soundtrack score to Star Wars: The Phantom Menace and Take That’s video for ‘Rule The World’ (filmed at this studio). As you move around, more information becomes available: Sigor Ros, The London Symphony Orchestra, Sting, Robbie Williams, Kylie - to name just a few.

Then comes the fun 'hands-on' part; The mixing desk. Step behind the glass and you can play with 4 channels to see how closely you can match the levels to portions of various songs. Of course, this is also where you can learn about the role of Engineers in the studio process.

And that is all just the beginning. Head into studio two for pieces on Paul McCartney, Kate Bush, Oasis, George Martin and more. You even get to play at creating a track yourself with the interactive tools.

In studio three watch Amy Winehouse duet with Tony Bennett, revisit some Pink Floyd and see Sam Smith recording. You also get the chance to observe the effect different microphones have had on vocals through the years with a look through Abbey Road’s extensive microphone collection.

Finally, you can head into the Mastering room. Here you learn about the mastering process, the invention of stereo, Abbey Road’s online mastering services, how vinyl records are cut and more.

All that is mentioned in this article is just scratching the surface of Google’s ‘Inside Abbey Road’ interactive tour, which truly feels like this is what the internet was invented for. Its entirely free too.

Have a go yourself and visit ‘Inside Abbey Road’ with Google now. Tip: Wear headphones if possible to add another fantastic audio dimension to your online tour.

Tweet
Published in Features
Tagged under
More in this category: « Is Spotify as evil as everyone seems to be making out? How to claim your band or artist profile on Apple Music’s new ‘Connect’ service »
back to top