The reason I’m going to be brutally honest with music reviews, and why it actually doesn’t matter 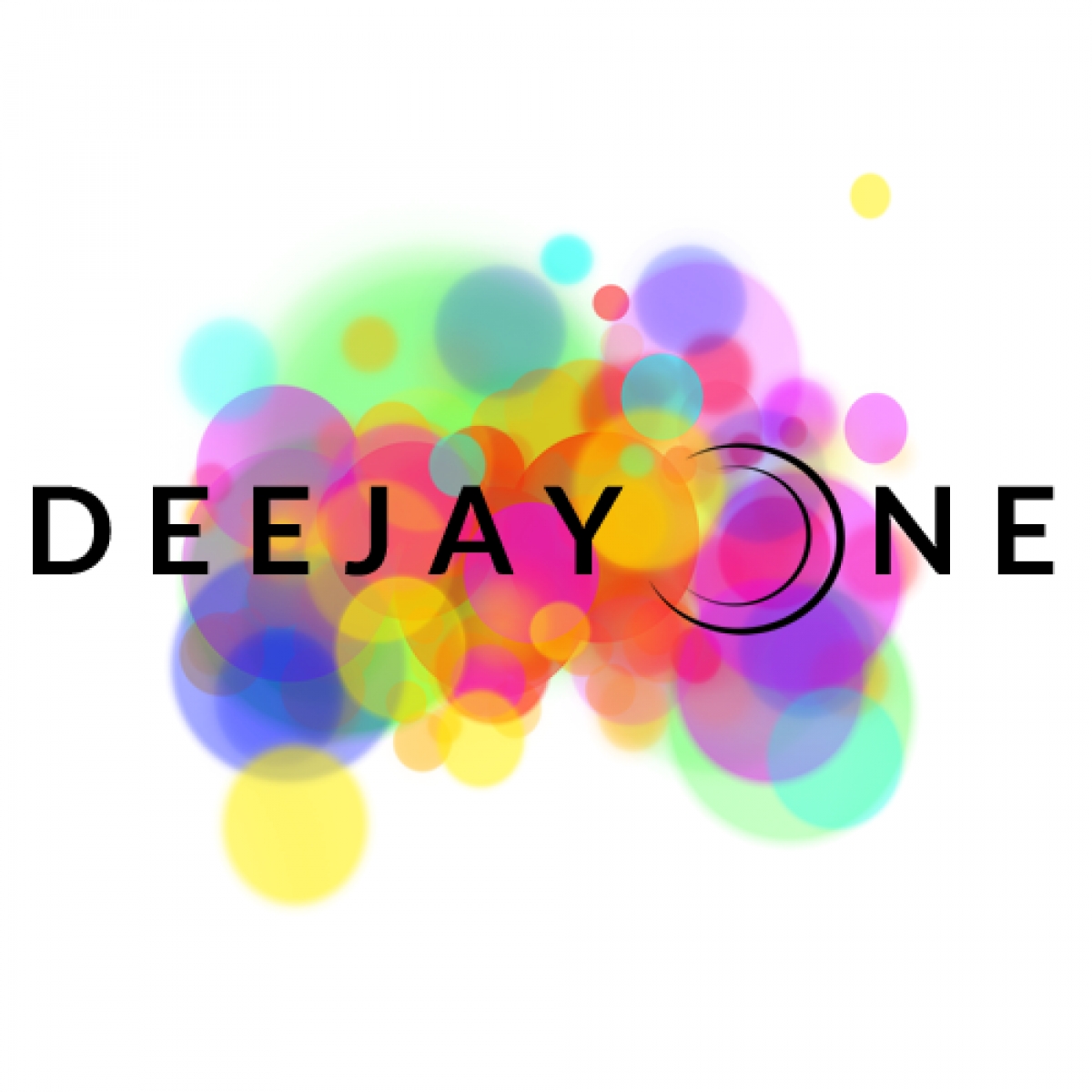 “The problem with doing a review for a local band is you can't be honest! The band will be precious about it, their fans will hate you and prominent local figures will accuse you of not supporting the scene."

I remade the DeeJayOne site earlier this year with an intention of delving into the underbelly of the music scene I’m so into, as well as a proper platform for blogging other interests and entertainment vices.

Soonafter, I had a few conversations which made me stop for a while and think about it a little; which has led to me not doing what I wanted to do with it… yet.

The Sheffield music scene in particular is thriving. You can watch local live music any night of the week. Most nights you have a multiple choice of where to go and what to see.

Along with it there are some great niche blogs, Facebook pages, events and multimedia channels doing a great job of bigging up the plethora of decent bands we have the pleasure of calling sons (and daughters, no sexism here) of the Steel City and beyond.

I’m not trying to replace those excellent publications, many of them are produced by people I consider to be good friends and will always help out with their stuff when and where possible. Nor am I belittling them or trying to put them down in any way whatsoever. This is an important point as you read on. There is no competition, malice or offence in what I am going to say.

What I want to do is something different. Something other than interviewing a band and asking the same old questions about where their band name comes from and what their latest single is about.

There are a few ways of this site and its content being different, which I have some ideas about and which I hope to explore soon, but first I want to address the crux of a site like this; the reviews.

"You can't be honest"

See, in those earlier mentioned conversations I had with people when telling them I was going to be redoing the site and was looking to do some regular local music reviews and stuff I faced some scepticism.

“The problem with doing a review for a local band,” said one person at the heart of the scene who I really respect, “is that you can’t be honest.

“If you don’t like something - be it a part of the vocal, a riff, a line of the lyrics or even a whole song - then you can’t say that you don’t like it. The band will be precious about it, their fans will hate you and prominent local figures will accuse you of not supporting the scene. You’ll be lynched and people won’t like you.”

This put me aback and really got me thinking. Just how honest are people when they are talking about local music?

I will often sit chatting with a band and say what I do and don’t like about their stuff. I’m not being vindictive or nasty, I always try and put it in a constructive way. I say why I didn’t like something and what I thought could make that particular bit a little better, in my honest view. No-one has ever fallen out with me for it or even looked like I had offended them. Not to my face anyway. Possibly there are a bunch of musicians who behind closed doors think I’m an absolute cocking jerk bellend.

So, I spoke to a couple of local music writers and content producers about it and, yep, it is an issue. Without naming any names, one of them told me that they did fear what the reaction would be if they did post something even slightly negative about a song, and even though they often had wanted to be honest they just couldn’t do it.

Another told me how they deal with it: “I’m as human and opinionated as anyone else. There is plenty I just don’t like. The way I get around it is to ignore those bits. I’ll only focus on the stuff I do like and that I can be positive about.”

Take a look over a few pages or posts on a local Sheffield music blog or Facebook page and it will hit you; there isn’t really a negative word or a constructive criticism. ‘Reviews’, as we’ve come to think of them in mainstream media at least (an article objectively talking over the good and bad points in the reviewer’s opinion, then giving an overall rating), just don’t seem to exist in local music scene blogs. Not around here. No-one wants to be *that* guy.

Which, when you think about it, makes it all feel a little sycophantic and pointless?

And again, I’m not having a go at any of the local music bloggers or anything. I understand the position a lot of them are in; they themselves are intrinsically linked to the local scene, whether they be in a band, or promoters, or have some form of commercial aspect to protect. To possibly be seen to be having a go (whether the intention or not) at a band or artist could essentially affect their ability to network and get a gig, or book bands, or make money. Perceived reputation is king for these folks, and - again - it is understandable.

For the sake of my own sanity and integrity I feel I have to be honest. But, that said, I will always try to be honest in the right way (if there is a right way?).

This isn’t me saying I’m going to be purposefully vindictive or play devil’s advocate for the sake of it. If I don’t like something then I will say so and will always try to quantify that viewpoint with why I don’t like it and perhaps also say what I think might have been better. As always, I’ll never post something I wouldn’t ever say openly to someone's face.

But, even then, when you think about it, my opinion and review likely doesn’t matter anyway. Who am I to you and your band? What do I actually mean to how many copies of a single you sell, or how many gig tickets you shift? Probably not a lot. I’m not important.

The chances are that I’ll like it. It’ll be a bit of an ego stroke for a brief moment of reading, something to perhaps post a link to on your band’s Twitter and Facebook for the nominal amount of people that see this stuff now if you don’t give in to the corporate machine and pay to promote all your posts.

However, if I don’t like something you’ve done and say that then it is one more tiny voice screaming into the void of the internet. One more ‘Old man yells at cloud’ moment.

And at the end of the day, even if I do post a negative line about your latest song, its simply the opening of a discussion. I might not have got the intention or you might just plain disagree with me; that’s fine. Music is art and art is subjective!

You, your band, your fans, your mum, dad, auntie, gran and Joe Public always have the opportunity to post your views whether it be in the comments, in private or even writing your own article about it - which anyone is more than welcome to do and send it me to publish on here. Call me a cock if it makes you feel better.

As for anyone who would say I’m not supporting the scene by critiquing certain things based on my own opinion, that isn’t how life and art works. Sometimes the best support comes from challenging and pushing an artist to be better through honest assessment. I’d argue that perhaps that is often better than continuously blowing smoke up people’s asses.

In terms of ‘scoring’, I’m still not sure how I should do that. Part of me isn’t entirely comfortable with the ‘out of 10’ style rating system (where everything seems to end up as a minimum of 7 for some reason - seriously, I did an analysis on a music website’s reviews and its scores for everything averaged out at 7.58. The lowest score ever given was a 5, and that was just once. There were only ever two 6s too. The vast majority of ratings were a 7. In a scale of 1 to 10, how come 7 or 8 is average, and not 5? Whats the point of even having a 1 to 5, really? I’m overthinking this, aren’t I?).

Then again, people seem to expect a numeric rating from a review, whether it is ‘out of 10’ or ‘out of 5 stars’ which seems to be the new internet norm?

Oh, I dunno. And I probably won’t know until I write a review or two, so maybe I should just get on with it instead rambling here. What do you think I should do?

The point is that I will be reviewing music soon. Possibly your music. If I haven’t put you off with all of the above then I’d love to hear your stuff. Have a go with the Uploader to send me your latest song, or hit me up with a Facebook message, email or whatever.

Tweet
Published in Features
Tagged under
More in this category: « UPDATED: Why Apple Music is the future for bands/artists despite the revenue share LISTEN: Moby & The Void Pacific Choir's new track 'Don't Leave Me' remixed by DeeJayOne »
back to top