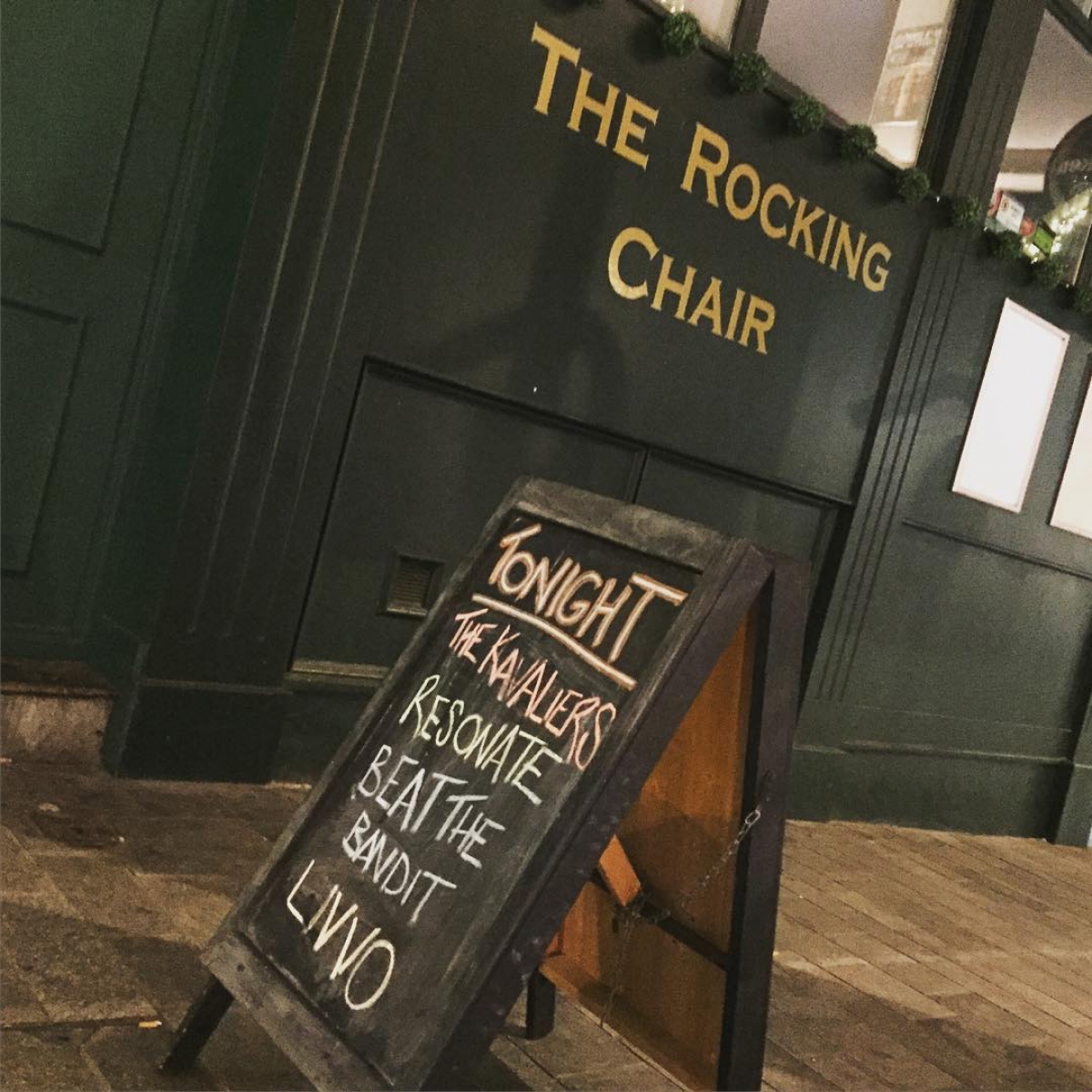 The Rocking Chair venue is to change to Café Totem DeeJayOne

Sheffield venue The Rocking Chair is undergoing a big change to become the new Café Totem, here’s what they need to do to shake off the failures of the past.

This Saturday sees the opening of Sheffield’s newest old venue. The Furnival Gate location has been changed from its recent Rocking Chair guise to the odd-but-intriguingly-named Café Totem.

Promising a refurbished upstairs bar area as well as an extended stage and upgraded sound system in the 100-capacity live venue downstairs, Café Totem also say they will be open during the daytime for light meals and hot drinks.

But what can the “highly motivated team comprising of musicians and industry professionals” do to improve on where The Rocking Chair, and The Nelson before it, went wrong? Here’s a few ideas…

On far too many occasions I attended events at The Rocking Chair only to get to the bar and find they had a very limited stock of drinks. That’s right. A bar without a selection of drinks.

On one unfortunate occasion I was told there were no draft beers, lagers or ciders on tap and to look in the fridge for what I wanted. The view that greeted me was a veritable vista of backs of empty fridges. A few bottles of cider and two lonely cans of Red Stripe (which I swiftly claimed) sat forlornly, begging to be put out of their mystery. “Are you restocking them soon,” I asked. The reply was a shocker: “That’s all the stock we have.” This was the beginning of the night. It wasn’t an isolated occasion.

This is especially bad when you consider that people were attending a ticketed event that they had paid for only to get there and be left unable to buy any refreshments for their night out. At one gig I actually saw a couple who had travelled from a Peak District village walk out at the start of the night despite having paid for their tickets to the gig. The venue knew there was an event, they knew roughly how many were attending, yet they hadn’t stocked up for it.

Likewise, can we PLEASE have the downstairs bar stocked and open. There’s nothing less conducive to a great customer experience at a gig that having to trail upstairs to the bar then fight your way back down the thin one-at-a-time staircase with a round of drinks, potentially missing some of the brilliant show.

There is a bar area (unless it has made way for the extended stage in the refurb), and yes it does make a convenient merch-selling area for the bands, but the basic customer experience of buying drinks in a bar on an enjoyable night out should be paramount, surely.

Genuine conversation I have had a few times in the past:

To confound this experience, we would inevitably get there and the doors be closed with no sign of life.

No-one becomes a regular of something that is irregular. Café Totem is slightly off the beaten track so nobody is going to make the trip if they don’t know it will be open. Don’t just swing open the doors when there is an event on. Publish opening times (I've looked, I can't see any published anywhere so far!), put a sign on the wall outside, stick to them. It might mean taking a bit of a hit at first, but if the product and atmosphere is good then people will start to trust they can have a good night if they turn up.

Hopefully the daytime café element of the refurbished venue will help to solidify a regular opening pattern.

4: Keep out the hooligans

We all know the ‘lads, lads, lads’ that a certain type of indie music can attract. There’s nothing wrong with them generally but some of that element can easily flip over the top. Add in all-day drinking and at one point The Rocking Chair pretty much became off-limits any time there was a home game in Sheffield United’s (and less so Sheffield Wednesday’s) football calendar.

Whilst the dodgy atmosphere was largely confined to the upstairs bar rather than the downstairs gig venue, it became a constant battle of cross-checking fixture lists and gig guides to decide if it was actually worth heading to see a band.

All this came to a head a couple of years ago with an organised fight happening right outside the doors of the venue. Innocent gig goers ended up in hospital because the band finished their set and that event happened to start emptying out right as it all kicked off outside. Trust me when I say you don’t want to find yourself in that position!

Things may have gotten better in the last couple of years, but once you’ve experienced (or heard about) something like that it makes you think twice - one group of friends who attended the above 'fight night' refused to ever go back afterwards. Hopefully Café Totem deal with it right from that start (and have competant doormen to keep the atmosphere friendly).

The Rocking Chair has played host to many, many brilliant bands over the last few years. You probably didn’t really know that though.

There has been some kind of disconnect between booking bands and promoting those events. A 100-capacity venue shouldn’t be that hard to fill if you get awesome bands, right? Some promoters* just don’t capitalise on it though and gigs have been half-full - or worse, virtually empty.

I’m not talking about posting a Facebook event and then leaving it to the bands themselves to try and sell tickets in the hope of getting a quid from each ticket they sell.

The venue themselves should be pushing this as much as the promoters and the bands - get people in the doors, give them a great experience, make a good atmosphere… people who enjoy it will return time and time again. Build a reputation for booking the best bands and people will trust your listings for a night out even if they don’t necessarily know any of the line-up.

* Generalisation alert! Some promoters are much better than others and when the venue sells out for a great line up there are very few venues in the region that can match the downstairs room here.

Genuine picture I took in The Rocking Chair toilets (I noped out of there sharpish):

Café Totem has a lot of potential, and a lot of well-meaning folk behind it. Hopefully it will soon become the destination and music hub that they aspire to be.