Reviewing the reviewers: what makes a bad review and how honest should a review be? 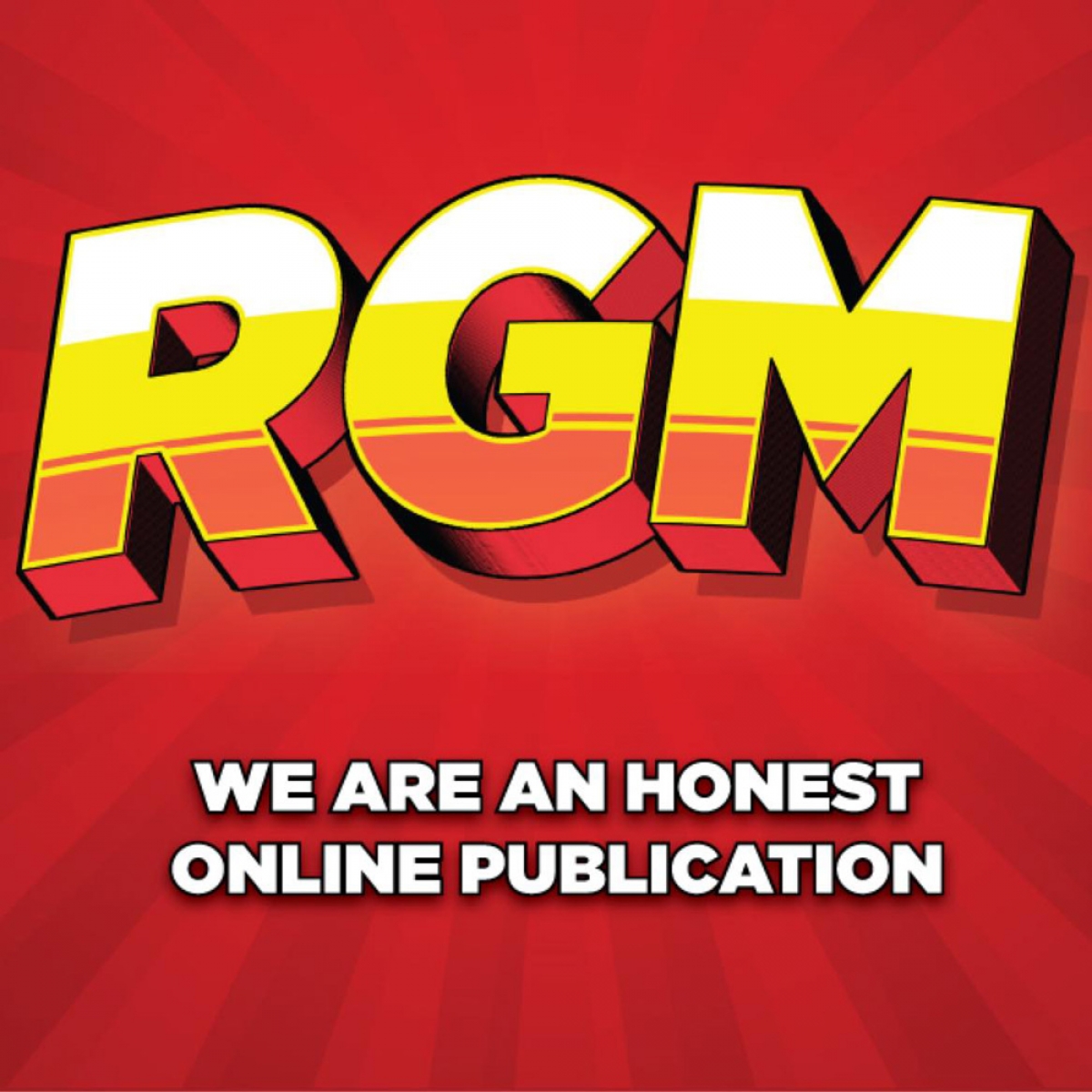 Reyt Good Music magazine (RGM) are committed to 'Honest' reviews, but how easy is that in practice and does it work?

I have a problem with reviews. For some time the traditional press appear to have turned overly sycophantic in order to maintain friendly relationships with the creative industries whose content and advertising money keeps their publications afloat.

Likewise, bloggers and online mags are largely made up of part-time fanboys and fangirls, or naive young writers who are trying their best to replicate and launch themselves into larger traditional publications, so getting a grounded objective opinion from them can be difficult.

This has led to some online publications trying to do things differently, labelling themselves ‘honest’ and leaning heavily on the fact that “it’s just an opinion, man…”

But is it working?

Well, yes and no. I like the refreshing nature of the ‘honest’ publications, and appreciate a decent constructive critique where a reviewer has an understanding of the subject and has obviously taken time to appraise the material being assessed.

However, just the very nature of trying to be completely candid seems to tip the balance too far on occasion.

I’m going to concentrate on a specific online magazine for most of this piece: Reyt Good Music (or RGM), but that is not to try and pick on it. It is a favourite of mine and for full disclosure I have written for and podcasted with them previously. The intentions of everyone involved from the editor to the (volunteer) writing staff are genuine and they do strive to be the best they can whilst maintaining honesty.

But… Oh boy, are they a fine example of where things can inadvertently go wrong too.

RGM embrace honesty, going so far as to use ‘Honest’ as their strapline (even putting it on T-shirts!) and to some extent courting the controversy that goes with that. In the past precious bands have blocked them on social media for what has been said about their music and even asked for (and been denied) the review of their music being removed altogether.

To that point, I say suck it up. Not everyone will like your music. Get over it. The best handling I’ve seen of bad reviews is for bands to acknowledge and share that piece with their following and take the points on board.

Which is fine when a review is constructive. But put yourself in the shoes of the writer - you’re doing a piece for a publication who stress the importance of ‘honesty’ and the validity of criticism so sometimes you might overstretch that and be too harsh.

A small debate centred on RGM earlier this year when inconsistent and seemingly harsh reviews appeared for electronic music covered by the website. Unfortunately those reviews have disappeared into the ether because the website changed from its former address of www.reytgoodmusic.com to www.rgm.press losing all its old content in the process, so I can’t link to them.

The gist is that the volunteer reviewers admitted in the text of the pieces that they didn’t “get” the electronic music they were appraising, essentially undermining the whole review from the off (I’m not sure the reviewers were the best people to cover that type of music: you wouldn’t necessarily give Kerrang magazine a piece of pan pipe mood music to review, would you?).

Similarly, the reviews were largely focussed around it being the opinion of the reviewer (rather than just getting on with reviewing the damn music itself!) which just ended up giving the impression, rightly or not, that the reviewer is overly conscious of their negativity, or even that they were being knowingly controversial.

There were questions over the scoring when reviews stated that the tracks were accomplished and decent, even if not to the reviewer’s taste, but then given a harsh score of 3 out of 10. One of the tracks had just won ‘Best Song’ in a local awards event in the week the review was published, escalating the question of if the reviewer actually appreciated the musical piece fully.

As I wrote as part of that debate back then:

“There is no way on an objective scale that this [song] is a 3/10. I'm not the biggest fan of the track, but it is well produced, it is decently constructed, the lyrics make sense (albeit apparently clichéd) - the reviewer himself even says "audially it sounds good" [sic]. So I don't get why it is a 3/10. Surely to be scored so low on that scale the tune is going to be an absolute nightmarish mess? A 5 should be 'average', should it not? This song is at its very least ‘average’."

In response to some criticism of RGM, one of the volunteer writers published a defensive editorial (also lost in the move to the new website) in which he stated that reviews were “opinions and not adverts,” and were “subjective opinion pieces based on the writer’s view at that time”.

Whilst I appreciate the sentiment, I argue that a review cannot only be based on a subjective opinion. It also has to educate and inform. It must be constructive and also, to an extent, objective. A good review shouldn't just reflect the writer's opinion, it should also encapsulate the views of the readership somewhat (otherwise what is the point of a review beyond "old man shouts at cloud" territory?).

The defence of “based on the writer’s view at that time” seems meaningless to me. An online review isn’t really capturing a moment, per se, so the reviewer shouldn’t either. For the most part (unless a website switches server and URL and discards all its previous content…) an online review will be available indefinitely so the writing should be timeless and remain meaningful to someone reading a decade later as to someone reading it now.

As for review scores… Well, what do they even mean? Again, as I wrote previously: “What kind of scale is the site using for its review scores and how is that aligned review-to-review?” One person’s 3 out of 10 is another person’s 9 out of 10 - and that is taking out the “writer’s view at that time” variable. Plus, lets face it, most major publications seem to think only a scale of 7-10 exists, ignoring all other numbers or even logic.

The best handling of review scores in my opinion comes from Jim Sterling’s (thank god for him!) independent The Jimquisition gaming journalist website, where a clear review scale is pre-published and all the numbers utilised within that scale. But that is easier when it comes to a single individual consistently reviewing. Aligning scores across a publication where multiple people with different opinions are doing the appraising is nigh-on impossible.

In fairness to RGM, following the above-mentioned debate its editor Carl Maloney took all comments on board, reviewed (pun not intended) the situation and decided to remove scores from all future reviews, and the online magazine has stuck to that ever since.

So, this means that people are forced to read the content of the article, rather than skipping to the end to read an arbitrary score and all is good with the world, right? Well - again - yes and no.

See, RGM is still occasionally far too self-aware of the ‘Honest’ tag and, frankly, I’m sick of reading it as an excuse or shield for writers to hide behind.

The most extreme example of this is Josh Bell’s review of The Sherlock’s album ‘Live for the Moment’. I like Josh. I normally enjoy reading his pieces. I actually agree with his assessment that the album is painfully average indie fodder. But it took me some time to get to his actual view when reading the review because the article spent a ridiculous amount of space telling me that this was his opinion and opinions are valid and no-one can dictate to him about his opinion and his opinion is his and opinions, opinions, opinions. Admittedly, some of this is self-depreciating and he calls himself a narcissist in the opening line, but my god it is tedious…

For fuck’s sake, Josh. It feels like you’ve spent as much time justifying your opinion than actually giving it. The whole review piece is 1691 words long. The first 507 words of it alone are just explaining what is to come (you guessed it: an opinion). That’s right - this review uses more words introducing the fact that it is the writer’s somewhat controversial opinion than the grand total used in most reviews you would find in magazines and elsewhere. It gets to the sixth (long) paragraph before asking the question everyone is desperate to hear: “Shall we get to the music?” YES! PLEASE FUCKING DO!

When we eventually get to the review itself (if anyone lasted that far), it is decent and written well. It appraises the music, the themes, the performances and sets out context. It absolutely would stand on its own without the enforced caveat reading upfront. Josh does let himself down with the ending though:

"This record is not bad. This record delivers something that a lot of people are looking for. For me, this album was average, almost painfully so. There is nothing special about this album, but neither is there anything particularly shocking about it. I wouldn’t say I enjoyed this album, but it is easy to see how millions easily could."

If ever there was a wishy-washy element of ‘covering your arse for the almost-inevitable backlash from the fanboys’ in the conclusion to an article, this is it. Jesus Josh, get off the fence. If you have an opinion just give it, stick to it and don’t keep fucking apologising for it (or even mentioning it, of course it is your opinion, a reader shouldn’t need telling that!).

Josh’s The Sherlocks review isn’t a complete outlier on the site (Tyler Savage’s ‘review’ of ’Younger’ by Three Day Weekend is a fucking meaningless travesty that should never have been published by any self-respecting blog or magazine - it can’t even be called a review and hasn’t bothered to go into any detail or analysis about the track, so I’ll give it the same amount of respect here by not bothering to talk about it any more), but RGM has largely gotten better all round since its change to the new format website and is growing in strength, content and talent.

I enjoy and will continue to read RGM, and will of course keep listening to and viewing it’s decent podcast and video content, but if I read another apologetic piece of self-referential ‘it’s just my opinion’ bollocks in a review there I might just end up grabbing Carl Maloney by his beautiful choppy jowls and give him a good shake!

Oh, and don’t get me started on that godawful new 80s superhero-style logo RGM are using now…

NOTE: Reviews and how to conduct them has long been a bugbare of mine, even with regards to this site, as referenced previously. I know it isn't easy, and I don't think there is a catch-all solution to writing good reviews 100% of the time. I also appreciate that reviewers on RGM are largely volunteers doing it in their spare time and are not necessarily professional writers, so they deserve a little leeway.